The failure of commercial tenants to comply with repairing obligations can be a major issue for landlords, costing them time and money. Katie Kozlowska, property lawyer at Harrison Drury, details the options open to commercial landlords in dealing with dilapidation disputes.

When a commercial lease expires and the tenant has not complied with its repairing obligations under the lease, the landlord may be able to issue a claim for terminal dilapidations as a result of the tenant’s breach.

The ‘Pre-Action Protocol’ or ‘Claims to Damages in Relation to the Physical State of Commercial Property at Termination of a Tenancy’ (“the Protocol”) applies to these claims and sets out conduct the court would expect the parties to follow prior to the commencement of any proceedings, together with setting out a timetable and process to facilitate the exchange of information.

Irrespective of whether the landlord or tenant seek professional advice, it is essential that the Protocol is fully complied with. The aims of the Protocol are:

As the Protocol is a Pre-Action Protocol under the Civil Procedure Rules, substantial compliance is required before a claim can be issued. For the purposes of compliance, the court will be concerned that the parties have “complied in substance” with the relevant principles and requirements and will impose sanctions (for example, a costs order) where non-compliance has occurred. It would therefore be good practice to evidence compliance where possible.

To begin the process, the landlord should send to the tenant a Schedule of Dilapidations which should set out what are considered to be breaches, the works the tenant is required to complete to remedy the breaches, and the likely costs involved (if relevant).

The Protocol states that the Schedule should be served within a “reasonable” amount of time and suggests a timeframe of 56 days after the lease terminates. It is good practice for the Schedule to comply with the Protocol and, where possible, should be sent electronically to allow the tenant to respond within the same document.

The Protocol further provides that the landlord should send to the tenant a Quantified Demand within a reasonable timeframe (which is the same as that for serving a Schedule of Dilapidations) clearly setting out all aspects of the claim. In particular, it should substantiate any monetary sum sought by way of damages in respect of the breach.

The amount claimed should be limited to the landlord’s likely loss which, as the Protocol states, may not necessarily be the same as the cost of the works to remedy the breaches. Practically speaking, the landlord or its surveyor should consider at this juncture whether to claim for the cost of the works or whether s18(1) of the Landlord and Tenant Act 1927 operates to cap the claim at a lesser amount.

The tenant’s response to the Quantified Demand should be within a reasonable timeframe i.e. within 56 days following the Quantified Demand being sent. In addition, the Protocol suggests that the tenant should respond using the Schedule of Dilapidations so that everything is contained within one document.

The Tenant should respond in sufficient detail so that the tenant’s position can be easily understood however, the Protocol does not provide a requirement to respond to each item within the Quantified Demand. Practically, it would be good practice to respond to each item in turn in order to narrow the issues between the parties.

Neither the Quantified Demand nor the response from the tenant has the same standing as a statement of case in court proceedings.

The Protocol limits disclosure of documents to those enclosed with the Quantified Demand and the response.

The Protocol encourages the parties to consider whether some form of ADR may be suitable and further advises that the parties may be required to provide evidence that ADR has been considered.  The Protocol is expressly clear when it states that litigation should be a last resort and that the Court will take into account the extent of the parties’ compliance with the Protocol when making costs awards.

Final Steps prior to Issue of Proceedings 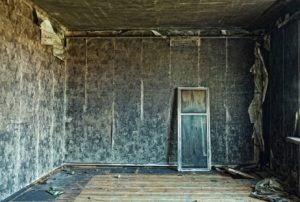 The landlord should provide to the tenant a detailed breakdown of the issues and consequential losses in order to quantify its losses. This should be done either on a formal diminution valuation (which should be used where the landlord has not and does not intend to perform any or all of the works contained within the schedule) or an account of the actual expenditure or a combination of both, unless, in the circumstances, it would be unreasonable to do so.

In the instance where the tenant seeks to rely upon a defence of diminution, the Tenant must state its case for doing so and provide the landlord with a diminution valuation. This should be sent to the landlord within a reasonable time, typically within 56 days, but the Protocol acknowledges this will vary from case to case.

Finally, where the procedure outlined in the Protocol has not resolved the dispute, the parties are encouraged to consolidate their position with a view to narrowing the issues between the parties and to see if proceedings can be avoided.

In conclusion, the Protocol provides a clear and detailed procedure which must be followed prior to issuing a claim for terminal dilapidations. It would be good practice therefore for each party to evidence compliance with the Protocol as this may be required by the court and it could prove vital to be able to demonstrate this.

For further advice on dilapidations issues in commercial buildings, email Katie or call her on 01772 258321. At Harrison Drury, we have lawyers based in Lancaster, Garstang, Kendal, Clitheroe and at our head office in Preston.

For more information on the services that we provide for businesses and individuals in the property sector, please visit our Property & Construction page.