With the leak of the so-called “Panama papers” placing companies under even more scrutiny, further amendments to UK company law have been proposed.

Harrison Drury’s head of corporate law, David Filmer, looks at the proposals and what effect they’re likely to have on corporate transparency.

The government has recently introduced the abolition of corporate directors, and the requirement of a person with significant control (PSC) register, for those people who have more than a 25% beneficial interest in a registered UK company or LLP. My colleague Brett Cooper gives an excellent summary of these changes in his own blog on recent changes to UK company law.

These measures were introduced as part of the government’s attempt to increase corporate transparency in the UK. However, recent pressure has been placed on the government to expand these PSC registers out to its overseas territories and crown dependencies, to whom a great deal of scrutiny has been given since the Panama scandal and who are not currently bound by these rules.

However, only a small majority of these regions have shown willing to create such registers, such as Montserrat, and even fewer have agreed to make these available for public access, such as Bermuda.

Acts of the UK Parliament historically do not apply to these regions, except in exceptional circumstances where parliament can exercise direct rule, as it did in 2009. Given the ongoing scrutiny and pressure, it remains to be seen whether direct rule relating to the creation of PSC registers will be imposed on these regions.

The 2015 UK National Risk Assessment of Money Laundering reported that billions of pounds of suspected corruption proceeds are laundered through the UK each year. In response to this, the Department for Business, Innovation and Skills has proposed to introduce a requirement for foreign companies trading with or in the UK to hold a PSC register, or similar.

It is unclear how this register would work in practice, with the government suggesting either adding a further register to Companies House, which implies the need to register the foreign company, or seconding this to a private sector organisation.

Currently, the proposals provide that this only applies to those companies who are involved either in public procurement or UK property ownership, though depending on the success of these proposals, it is likely these areas will increase.

In July 2016, the EU Commission issued proposals to amend the Fourth Money Laundering Directive, which was the driving force behind the creation of the PSC registers, which currently only apply to those holding more than 25% beneficial shares.

Proposed amendments include tightening the PSC registers to include any person holding more than 10% beneficial shares in companies that present a risk of being used for money laundering and tax evasion.

What constitutes a risk of money laundering and tax evasion remains to be seen. However, with the recent vote to leave the EU, it is unclear whether the UK government will press ahead with this proposed reform of the PSC register.

What does this mean for UK companies?

The government has issued these proposals with the warning that organised crime costs the UK £24 billion each year, with the World Bank reporting that corruption adds 10% to business costs globally. 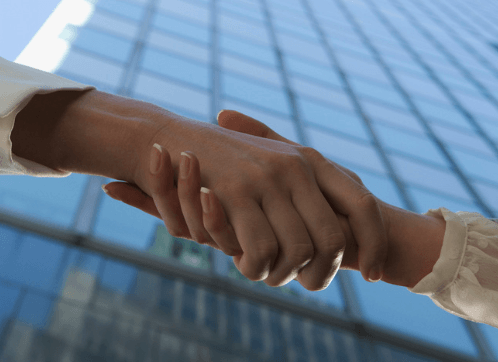 With the recent reforms of company law, and the current market uncertainty as a result of the vote to leave the EU, these proposals are likely to increase the regulatory burden on UK companies even more.

Proposed property deals may be delayed by foreign companies being required to register any beneficial share owners, adding time and money to already costly transactions; and company secretaries are faced with the uncertainty of knowing whether to maintain a register of those holding more than 10% or 25% beneficial shares, depending on their money laundering classification.

It remains to be seen whether these proposals will come into force in the UK, and how much benefit they will actually provide for increasing corporate transparency, given the possible increase in work required to comply with them.

David Filmer is head of the corporate team at Harrison Drury and a specialist in UK company law. For more information on any of the issues raised in this article, or any other corporate legal matter, email David, or call him on 01772 258321.

For more information on how we can help individuals and businesses within the banking and finance sector, please visit our Banking, Finance & Professional Services sector page.