Harrison Fury, resident band of Harrison Drury solicitors, has triumphed in the latest Law Rocks! competition for the South of England, less than 12 months after winning the Northern regional competition.

The band performed at the capital’s legendary 100 Club in Oxford Street, playing a 30-minute set of classic rock and blues including famous hits from The Smiths, The Rolling Stones, U2 and Martha Reeves.

The Harrison Fury line-up includes family lawyer John Osborne on lead guitar and vocals, executive chairman John Chesworth on guitar, solicitor Jacob Walker on bass and head of corporate David Filmer on drums. They were accompanied by their permitted ‘ringer’ Richard Unwin on saxophone and harmonica. 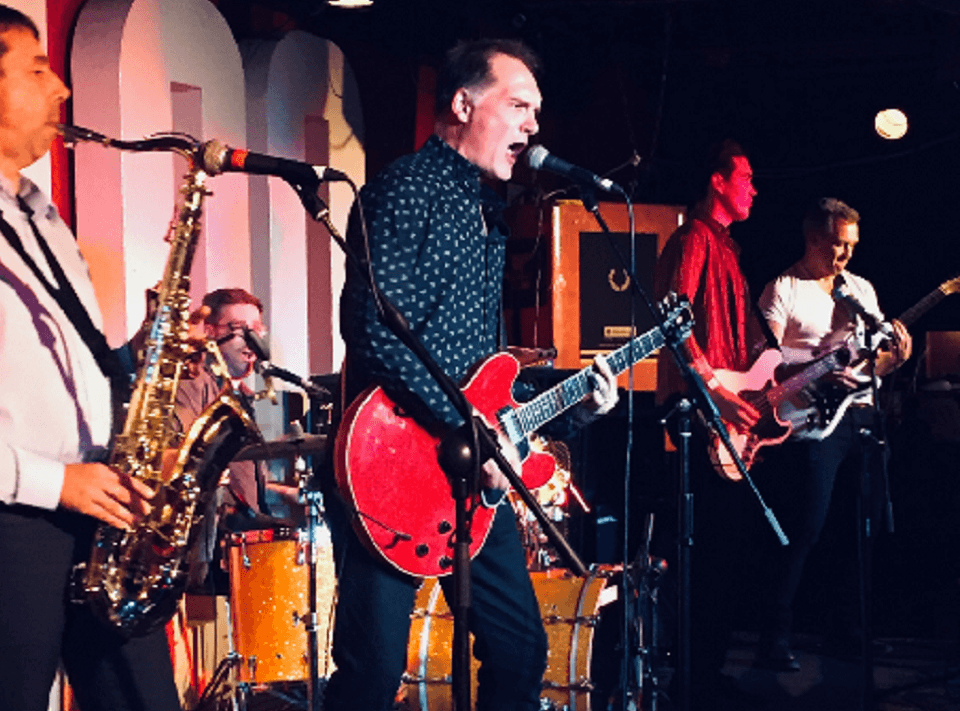 They came up against stiff competition from ‘musically brilliant’ legal professionals representing law firms across the UK including Blake Morgan, Marks and Clerk, Harrison Clark Rickerbys and TLT.

Harrison Fury’s lead singer, John Osborne, said: “It was a memorable and exciting experience to stand on the stage and perform at the iconic 100 Club. Over the years it has hosted endless famous names such as Louis Armstrong, Jimi Hendrix, the Rolling Stones, Bob Dylan, David Bowie, The Sex Pistols, The Jam, Oasis, Georgie Fame and Paul McCartney – just to name a few.

“The atmosphere was amazing. Such camaraderie amongst the bands and a boisterous, warm audience that roared their approval at the end of our set. We were quite overcome! The judges had been harsh to the acts that preceded us but ended being highly-complimentary about our musicianship and song choices.”

As a result of the competition, Harrison Fury has raised funds to be donated to Kendal Mountain Rescue – Harrison Drury’s chosen charity for their Kendal office. Their winning status guarantees an additional donation from the proceeds of the event.

While it’s now back to the day job, the band will continue to entertain the Harrison Drury team at company social events and is considering entering further national and international Law Rocks! competitions.

Law Rocks! is a global charity that promotes music education for underprivileged young people. It has raised over $4m for charities in worldwide gigs over the past eight years.