Iconic rugby union club Preston Grasshoppers has received a major boost ahead of the new season after securing the backing of club sponsor Harrison Drury solicitors.

The Lancashire-based law firm has renewed its longstanding main sponsor partnership with the club for a further three years.

The deal will make a significant contribution to the club’s running costs while the firm will benefit from shirt sponsorship of the first and second teams, pitch side advertising, matchday hospitality and a raft of other benefits. 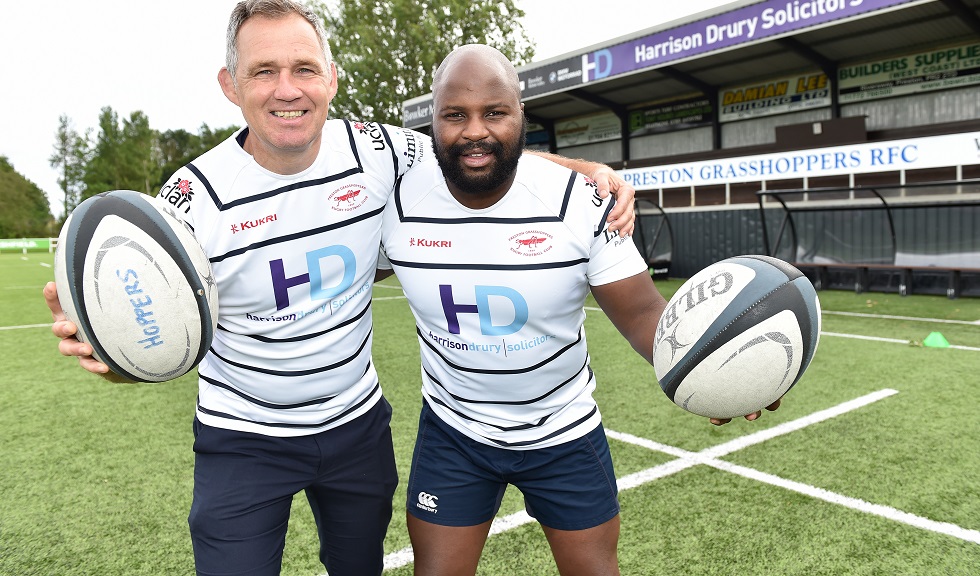 John Chesworth, Harrison Drury’s executive chairman and a former first XV captain at Hoppers, said: “I know first-hand the transformational impact participation in sport can have on your life and how local sports teams strengthen communities.

“It’s why supporting grassroots sports has always been important to us as a firm. We’re delighted to renew our partnership as main sponsor, backing the club financially for a further three years.”

Hugh Duckworth, chairman at Preston Grasshoppers, said: “We’re incredibly thankful to Harrison Drury for the firm’s continued support which offers us vital income for the ongoing growth and development of the club.

“We look forward to further strengthening our relationship with the whole team at HD and know from past experience they will be with us every step of the way over the next few years.”

Matthew Astley, associate solicitor and head of sport at Harrison Drury, who specialises in commercial and sports-related matters, added: “We are proud to be supporting Preston Grasshoppers with its excellent community work and continued development on and off the field.”

Founded in 1869, Grasshoppers are one of the oldest rugby union clubs in northern England and famous for their white and blue hooped shirts.