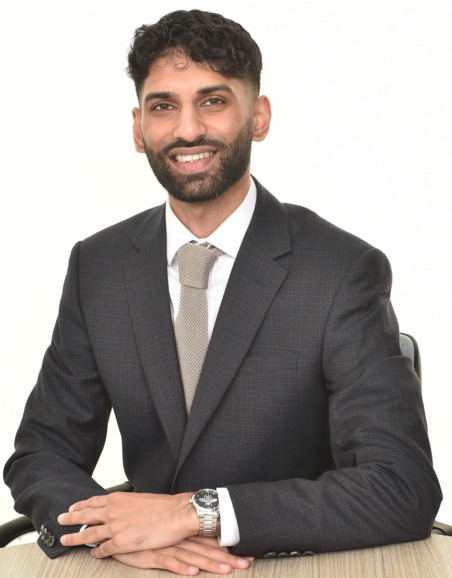 Hasin joined Harrison Drury in 2021 as a Solicitor in the Property Litigation team. After achieving A-levels in English Literature, Politics and History, Hasin read Law at Lancaster University graduating in 2014 with a 2:1 (Hons) Degree, before completing the LPC at the University of Manchester in 2015.

Hasin trained at BLM and and has previously worked at international and regional firms in across the North West. Hasin advises both landlords and tenants on commercial property disputes including advising on the termination/renewal of commercial leases under the 1954 Act, break notices, surrender of leases, forfeiture, breach of obligations/covenants including repair and maintenance and rents, possession claims including section 8/21 notices/proceedings and dilapidations. Hasin also advised on other general property disputes such as trespassers. Previously, Hasin asset managed properties for one of the largest commercial landlords in England and Scotland.

Hasin supports Manchester United. Outside of work, he enjoys spending time with his nephews and niece. When he can, Hasin enjoys travelling.

Hasin’s interests include politics, constantly adding books to his to-read list, and has had article published with a focus on the Middle East and South Asia, where his family originate, Hasin also has appeared on the BBC to discuss current issues in those areas, as well issues pertaining to young British Asians and Muslims. Hasin is also a mentor for the Asian and Muslim Lawyers Network and is keen on increasing awareness and accessibility for members of his community. At Harrison Drury, Hasin spear headed the firm’s first Ramadan campaign and Eid Event.

Hasin is an advocate of mental health, especially for ADHD, and regularly campaigns and creates awareness for the same.